Purpose:  To identify drainage and topography for a new development site in Markham.

Overgrown farm lands had been neglected for several years, creating a very rugged, muddy landscape. Normal survey methods by foot or ATV would have been extremely cumbersome and slow going.

Accuracy requirements were +/-10cm on bare earth and +/-30cm in wooded and wetland areas. (excluding bodies of water)

E.R. Garden’s associates were sent into the field to perform a boundary survey. Prior briefings between E.R. Garden’s ground team and Canadian UAV Solutions indicated that 7 additional Aerial Control points were to be laid around the perimeter while performing the boundary survey.

2 Aerial surveyors were deployed with an eBee+ RTK and Propeller Aero point.

7 Aerial Ground Control shots were used in the model. 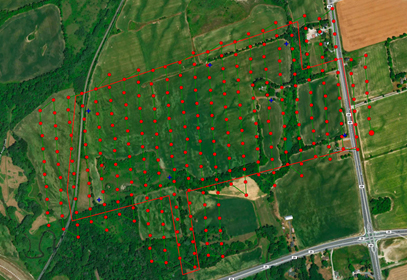 Another 30 mins for accurate base data completion and equipment clean up.

Total field work for aerial data set was completed in about 4 hours.

The Completed Drone Survey was delivered in approximately 4 business days.

Canadian UAV Solutions was able to provide accurate data in a timely manner where it would have been extremely time consuming using traditional methods.

By adding a few extra aerial points within the workflow of the boundary survey, significant time was saved and resulted in considerable savings for the OLS.

The number of crew required was significantly less, and the amount of time on site was reduced from approximately a week to a single day.

QA/QC reports a RMSE on check points found on bare earth and wooded areas no greater than 3cm on the Z and 1.5cm on the XY, well within specified accuracy requirements. 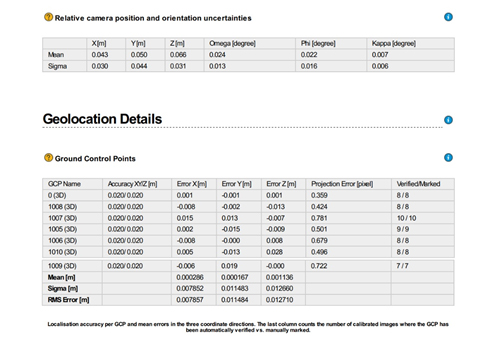 “I had heard several horror stories regarding drones over the last few years, and up until recently had decided to stay away until the hype had died down.

I had done my research, and although we could have started our own drone program, it became increasingly obvious that it was a lot more complex the further we investigated it.

Many people were doing it, but were either struggling or getting bad results.

After several in-depth conversations with Canadian UAV Solutions, I was assured they knew my requirements and would be able to achieve them.

We developed a workflow which fit well into our operations, and has allowed us to utilize drone data in scenarios where it performs beautifully.

Their Drone survey ties right into our calibration points, and we have done our own QA/QC to confirm the legitimacy of the info.

In areas where we are looking for drainage information, we could not do it faster or for less.

The value added from the aerial photo alone speaks volumes. By adding the image to the topo, we are able to answer questions without sending anyone back to the field.

Bottom line is, we are able to take on more projects as it is increasing the efficiency of my crew. We intend to continue to work together with Canadian UAV Solutions on future projects.” 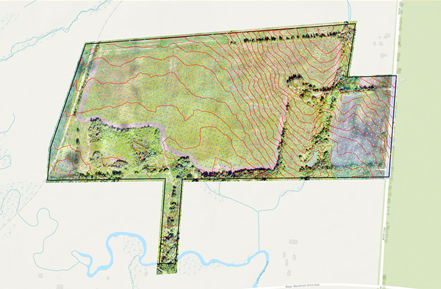 Using cutting edge technology, our team at Canadian UAV Solutions Inc. can capture photo and video for your organization in Ontario from a unique and individualized perspective. 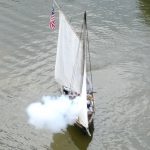 Are you looking for a creative way to share your special day?